I took Little Man to Little Monkey Bizness for the first time a couple of weeks ago.  We had never been there before but found out about it in a coupon book he brought home from school.  It's a bit far from us, but he had fun. 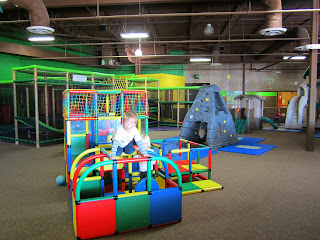 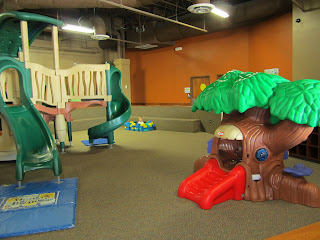 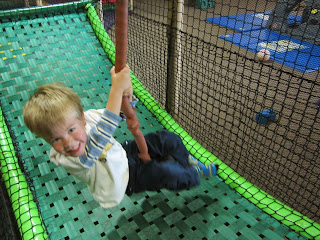 He was easily entertained for two hours.  There is also a craft room but we didn't go in there.  We went on a weekday and there were at most three other kids at the times we were there.  Not sure hoe much more crowded it gets on weekends.  We brought our own sandwiches but bought drinks there. They have snack stuff too (the usual apple sauce, cheese sticks, yogurt) but I didn't see any real food.

He wants to go back again but it'll probably be a little while before we do.  Little Reader is 9 and had outgrown most of these places. Little Hugger would probably enjoy it but it's rare I just have the two of them.

Personally I prefer the Treehouse (which is probably a similar distance for us) but I would recommend Little Monkey Bizness and we will probably go back some day this winter when we get cabin fever.
at 8:27 PM