My son has been making small strides in getting closer to eating real food. If he spills I have had him wipe up the spill. If he spills on his fingers he has started licking it off instead of asking me to wipe it clean.

While we were eating dinner I asked him if he wanted chocolate and he said yes. I broke off a small piece and gave it to him. First he just put it on his tray, then he started touching it and holding it. Of course it started to melt in his hand a little but instead of getting upset he just licked it off. He realized it tasted pretty good so got more on his hands do he could lick it off. He also licked the piece a couple of times. True he never actually put the piece in his mouth and chewed but this is still progress, and I'll take whatever I can get.

The feeding therapist is scheduled to come to our house for the first time on Thursday for an hour so hopefully he'll make some more progress before then. 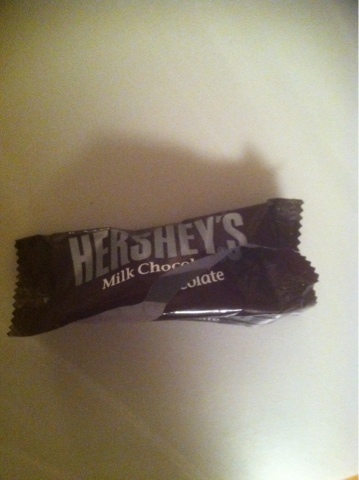